Owing to its non-invasive nature and the outstanding tissue contrast achieved, magnetic resonance imaging (MRI) has significantly contributed to our understanding of brain structure and function over the last decade. MRI has also fostered the discovery of age related changes of the brain. Apart from cerebral atrophy, most elderly people demonstrate white matter hyperintensities (WMH) of varying severity on conventional MRI of the brain, ranging from punctate to large confluent lesions. Confluent signal abnormalities have repeatedly been associated with gait impairment, depression and increased risk for stroke. Furthermore, previous longitudinal studies in aging cohorts suggested that the progression of WMH might be used as a marker for small vessel disease which ultimately can lead to vascular dementia. However, due to its limited specificity, conventional MRI only offers a limited view on the pathology underlying these signal changes.

With the use of new quantitative MR methods to determine the macromolecular proton density, we therefore expect to achieve more detailed insights into the texture of these brain tissue changes and how processes associated with normal ageing can be distinguished from pathological conditions. As the macromolecular proton density reflects the molar ratio of bound protons in lipids and other macromolecules, it carries important information on the composition and integrity of the tissue matrix.

Our research focuses on the technical developments needed to both adapt these methods to high field imaging (≥3T) and then to make it clinically useful, i.e. to provide whole brain coverage within a reasonable time frame.  In a second step, want to study brain tissue changes as a function of age, sex and anatomic region including cortical structures. In an attempt to identify pathological and clinically relevant signal abnormalities, further analyses would be devoted to variations of  the macromolecular proton density with WMH severity assessed on conventional MRI and how these relate to normal appearing brain tissue and neurocognitive functioning. Bound proton pool mapping is currently performed in the brain of more than 100 elderly participants in the Austrian Stroke Prevention Study (ASPS). The ASPS represents a longitudinal, population based study with repeated MRI in over 2.000 elderly subjects without neuropsychiatric disease. Insights gained from this research might hold potential to influence existing views on how tissue changes in other white matter diseases of the brain can be quantified. 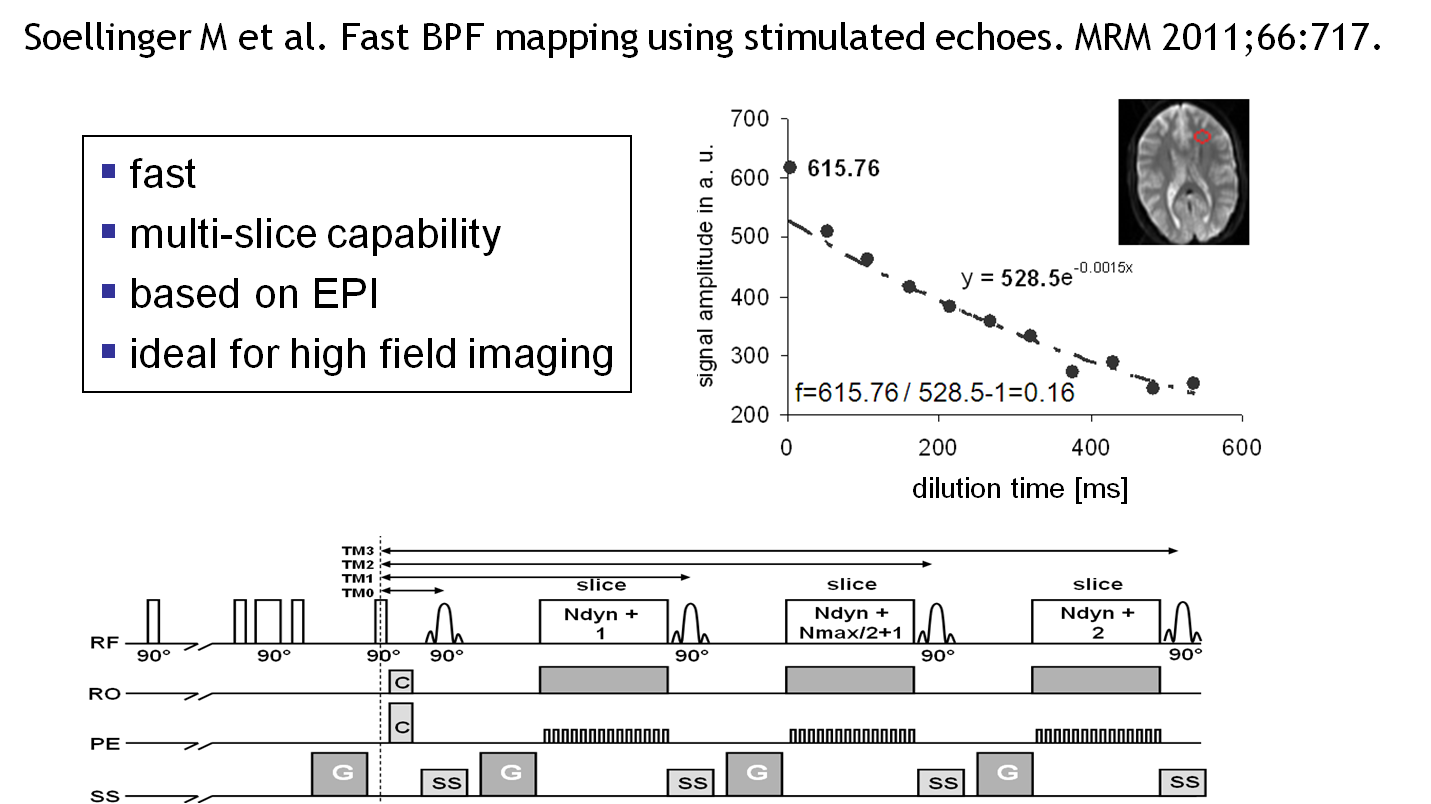